mothering is love by any means necessary

day and night and day again 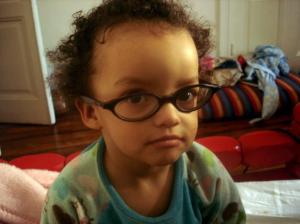 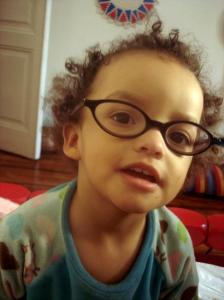 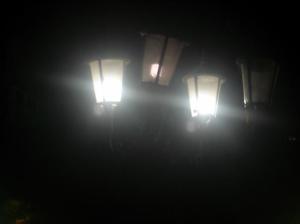 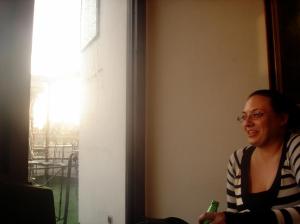 1. went out last night.  met new people.  had a great time.  woke up this morning with a realization.  in white culture it is okay to talk about race, ie arab culture, sudanese culture, african culture, etc.  but if you talk about white culture or racism (which is the definition of white culture) then your intent is obviously to make white folks feel uncomfortable.  you could not just be some one interested in culture.  especially in white culture which is fascinating in the fact that white culture’s existance is about domination.  just on a theoretical level.

2. like if i ask: how did you overcome your racism…to a white person….they think i am serious.  they dont know i am joking.  i dont expect them to have.  and still be white.  white folks are so weird.

3. like i get in the elevator to go home.  and there is this white guy there who has been sitting with us for a couple of hours.  and seriously i thought he was cool.  but he’s not.  he is aryan nation boy #2.  (aryan nation boy #1 is the kid who looked like i had attacked him because he had a degree in war studies and i was like: what kind of war did you study?  then i asked him a bunch of other questions. including: how did you overcome your racism.  considering that most wars happen in brown and black people parts of the world.  and basically discovered that the kid was all theory no practice and not very interesting to boot) anyways aryan nation boy #2 is in the elevator with habibi and i and says: you bring up race in inappropriate moments.

END_OF_DOCUMENT_TOKEN_TO_BE_REPLACED

i think.  i think we are building a philosophy of radical love.  it is here. it is there. it is in and out.

we are writing a new bible of love and war.

how could i have forgotten this for a second.  of course of course i have read this.

Here’s what they’re on about: they live in a world where we are monsters. They live in a world that trembles daily, because we snake our faultlines through its foundations and each time we move more crumbles and falls over the yawning edge of the flattened sea. In their world, once near us, their children can be lost to them, and just seeing us represented fills them with the rage of people struck in the face and deprived of their birthrights.
That world needs to end, and we know it. That world will end, and they know it.

There’s a war on. Either we succeed, and their world ends; or they succeed, and ours does. Does it matter that we want them to go on living in our world, that our world has room for them to build cities and parks and futures? Not really. The very act of not getting to define everything for the rest of us is the end, for them. The fact that none of them would actually die, that their children would be fine and their blood unshed, is irrelevant. We can abhor and condemn violence and torture, and this too is an act of war. We can love them depthlessly as people and wish them no harm, but we cannot avoid the implications. If we are considered equals, their world is over. Our lives are the explosives that end it.

END_OF_DOCUMENT_TOKEN_TO_BE_REPLACED

Do you know the PROBLEMS you raise with that baby girl.

When you say that their is no concept BIG ENOUGH,no institution GREAT ENOUGH to sacrifice the well being of one person. That if it hurts ANYONE in anyway that it can not be accountable for . It should be STOPPED.

DO you know what people think of you when you say you are worthy of being that person.

Did you EARN it ? Did you earn the right to believe you could live the way you wanted and SAY OUT LOUD

What do you do when you point out that we don’t earn it.

this statement goes against everything that i have ever been told in my life.

also, this statement is true.

END_OF_DOCUMENT_TOKEN_TO_BE_REPLACED

some day i will write a poem again. until then there is this.

What’s (radical) love got to do with it? Everything.

1.i am a mother. and when i first read jess’s piece that was what came to me: my motherhood. and how central my love with my daughter is in my organizing.
and i have followed the ensuing conversation fascinated. wow. there are all these permutations and experiences i hadnt perceived. so thanks to everyone for that. i will be thinking about this conversation for a long time.

when i say ‘radical love’ what i mean is ‘radical caretaking’. caretaking for me is concrete action. taking care of myself. taking care of others. on multiple levels physical, mental, emotional, spiritual.  it is providing space where others can take care of themselves.  where they feel empowered to ask for what they need.  it is  not because i like them (often i dont, hell, there are enough times in the day i dont like my daughter, but i take care of her…does that make sense?) but because they are another human being and they deserve to be whole too.

when i think of radical love. i think of being a birth assistant for working poor african immigrant teenage moms. and loving them. even though i may not particularly like them. not the kind of folks i want hang out with on a saturday aft. but loving them tenderly through an incredibly vulnerable moment of their lives. and that creates a bond between us. and yes they yelled not nice things to me in their final moments of labor. and they resent me because i am a stranger, not their boyfriend, not their mom. but because we have been really vulnerable with each other…the quality of the relationship is…more human(?)

END_OF_DOCUMENT_TOKEN_TO_BE_REPLACED

so yall know whats up?

Beautiful, inspiring, amazing writing and art from us, women and genderqueer folk…

We have been organizing ourselves for years on the internet.  We have started blogs, and e-zines, social networking spaces, list serves, conferences, conversations, groups, websites, cd’s and more.  We are incredibly prolific, visionary, each of us coming to this space with individual and collective visions of self-expression, survival, sexuality, business, teaching, learning, community, organizing, solidarity,art, dreams, healing, and love.

Every day we will be posting more and more work by us, highlighting the diversity, the community, the changing landscape of our lives.

We are creating a space where our voices, work and lives are centered and celebrated.

Join us.  Become a writer with Raven’s Eye.  Participate in the conversations.  Tell every one you know.

If you have any questions please feel free to contact us at: ravenseyeblog@gmail.com

Raven’s Eye is coming to you! on Friday!

stuff i am feeling right now:

1. this is so so so beautiful.  little light from taking steps:

The first thing you need to understand is that masculinity, maleness, is inculcated and enforced with violence. It’s either actual violence, or the threat of violence, or the implied threat of violence. Constantly. It’s how men and boys are taught to train each other into maleness. This is true even at a very, very young age; go to a kindergarten playground, and you will see little boys shaping each others’ masculinity, according to the rules they’re taught by older boys and by grown men, with violence. It starts very early.

i have been saying this for years.  women and trans folk.  dammit.  of course.  trans folk are not necessarily gender queer.  duh.

so this is my deep apology.

Language is fundamental to giving trans people the same respect that cis people take for granted.  It signals how the speaker sees trans people, and can shape the views of both speaker and audience.  The sex workers rights movement needs to respect people’s gender identities–whether cis or trans–and this means that everyone who identifies as a woman is a woman, and everyone who identifies as a man is a man.

so what do you guys think?  about changing the subheading of raven’s eye…

women, cis and trans, of color…

and all of these suggestions still leave out trans men.  who live on the margins of gender.

i am still working out these issues.  and how i relate to my own gender and its multiplicity and fluidity.

You are currently viewing the archives for March, 2009 at guerrilla mama medicine.